I had the honor and privilege to meet Ms. Katherine Hepburn backstage following her performance in The West Side Waltz, performed at the Shubert Theatre in Boston, Massachusetts in 1982. I was a sophomore in college and had obtained a front row ticket through her manager, who also arranged for this once in a lifetime opportunity. Even at nineteen, I knew this was huge and I was a nervous wreck. 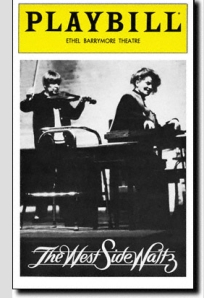 The West Side Waltz 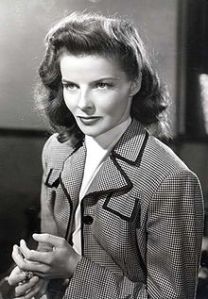 Katherine Hepburn in “Woman of the Year” 1942

I don’t remember what the play was about, and while watching it, all I could think about was what I could say or ask – how I would present myself in front of this American icon, without appearing foolish, all while concealing my trepidation. At the time, Ms. Hepburn was seventy-five years old and had essential tremor, a slowly progressive neurological disorder, which had left her with severe tremors of her head and neck – a cruel disease for anyone, but particularly for someone with such grace in a profession demanding absolute control of every emotion and corresponding facial expression. And by this time, the disease had progressed to the point where it was clearly evident.
Yet during the play I do remember Ms. Hepburn performed magnificently. I can’t imagine the inner strength and fortitude it took for her to pull it off, but throughout the performance there was no sign of essential tremor as anyone in attendance can corroborate. I didn’t pay attention to the story or any of the other actors, my senses followed Ms. Hepburn. She was simply amazing.
After the play, I went backstage. Two other people were lucky enough to have the same chance to meet Ms. Hepburn, privately in her dressing room of Boston’s Shubert Theatre. 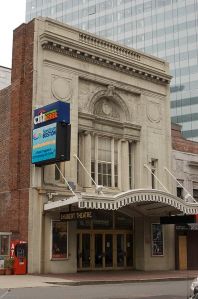 I lucked out and went second, giving me a chance to calm down a bit; it turned out to be twenty-five minutes. I wondered if I’d get that much time. Can you imagine the thought of twenty-five minutes with Katherine Hepburn, alone and having that much time to think about it as a 19 year old kid? Every minute was an eternity!
My moment finally came and Ms. Hepburn came to her door. I met a frail little old lady, who had taken off all of her makeup. I felt terribly awkward looking down at her; she stood a full foot shorter than I, perhaps more. She held her hand out to shake mine and I managed to utter “I’m John Ricci, Ms. Hepburn” to which she responded, humorously, “Yes, I’ve been expecting you.” All I wanted to do was sit down, it bothered me immensely that I was looking down at her, it didn’t seem appropriate! I think Ms. Hepburn sensed my self-conscious, inept manner and was quick to accommodate me, after assuring the security guard that she was fine, he closed the door and we sat.
I too was given a full twenty-five minutes with perhaps the greatest actress of all time. I happened to go to high school with her tennis instructor (and played on the same high school tennis team), so we knew someone in common and her house in the Fenwick section of Old Saybrook, Connecticut, was only a few miles away from my parent’s house. I asked her if she still played; she said she did, and I summoned enough courage to ask her if we might get together someday and play. Ms. Hepburn was kind enough to say yes, even telling me to make sure I arrange it with her manager. I never did – I assumed she was just being kind, and even though she probably was, I should have made the call.
I asked her what it was like to be so famous, having read that she had developed a reputation for being nasty to the public. Ms. Hepburn told me it was the most difficult part of being an actress; she loved her profession, but loathed the fame. In Ms. Hepburn’s case, her talent ruled out any chance of lacking fame.
Just before I left, I asked if she would autograph my playbill and she quite respectfully declined. Ms. Hepburn thoughtfully explained to me that she didn’t sign autographs, as a practice, it bothered her that a signature, anyone’s signature, could have some extravagant monetary value attributed to it. Not that I would ever sell it, she pointed out. It was simply her conviction and it needed no further explanation.
I was a teenager when I met Katherine Hepburn. I’m glad I met her at that age. The child left in me allowed for the excitement and awe that we both appreciated, yet I was old enough to know who she was and what she meant to American, and for that matter, world culture. In 1999, she was ranked by the American Film Institute as the greatest female star in the history of American cinema. And I once spent nearly one-half an hour with her in an old, run-down dressing room in one of the most famous theaters in the United States. I still find it hard to believe!